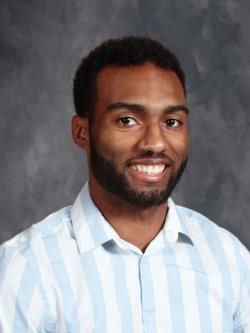 Jaiquan Laurencin was born and raised in Hartford, Connecticut, where he began dancing in his preteen years learning hip hop. After high school he decided to dance professionally and joined a hip hop based dance company called EQuilibrium Dance Theatre. EQ has given him the opportunity to explore his artistry through multiple styles, assisting dance workshops, choreographing works for the company and teaching younger dancers in the New England area. A few years later he moved to Texas and obtained his Bachelors of Arts in Dance Education from Texas Woman's University. At the end of his freshman year he was awarded Undergrad Excellence in Performance. During these college years he was able to join a contemporary dance company called Pedestrian Dance Movement, perform and choreograph around Texas traveling to dance festivals and found his passion in teaching dance to the younger generation.

After graduating from college he auditioned for a dance company called Dark Circles Contemporary Dance. He was able to work with nationally and internationally known choreographers such as Sidra Bell, Gregory Dolbashian, Gabrielle Lamb and others amazing artist. His few years in Texas has given him the opportunity to work and choreograph at different dance studios, judge for dance competitions, set dance works on preprofessional and professional dance companies, collaborate with theaters and other non profit organizations such as Junior Players and Plano Children's Theatre to choreograph for their productions.

He believes there is nothing better than educating the younger generation of dancers to not only be successful dancers and artist but human beings as well. He wouldn't have imagined that GPFAA would be that perfect match to do just that.